The AGM will be held online via Zoom starting at 10.00 am on Thursday 29 July 2021. Invitations, including the Zoom link, have been sent to all members by email. If you haven’t received your invitation, please check your spam trap. The original invitation was sent on 12 July, with a reminder (including a proxy form) on 23 July.

The meeting will review challenges and successes of the past year and look forward to the future. The AGM will also set the subscription fees for 2021–22 and elect new trustees to maintain and strengthen the u3a. It will be followed by an open discussion forum.

We need a minimum of 45 members to make up a quorum, so please make every effort to attend.

A series of talks organised by Daphne Berkovi

Thanks to Zoom, Daphne was able to present a wide range of talks during lockdown with eminent speakers, including pensions expert Baroness Altmann; Evan Davis of Radio 4’s PM and The Bottom Line, as well as BBC2’s Dragons’ Den;  Dr Henry Oakeley, the Royal College of Physicians garden fellow; and many others. Due to personal circumstances, Daphne is no longer available to coordinate these talks. The u3a is deeply indebted to the work Daphne put into this aspect of our work. We are currently recruiting a successor and hope to resume our monthly talks as soon as possible.

A Selection of Previous Talks

In June, health records specialist at the National Archives Dr Robson-Mainwaring explained how the 1918 influenza pandemic wrought havoc across the globe in a war-torn society 100 years ago. The talk looked into the government’s response to the pandemic

In May, we were delighted to welcome these eminent economists, who showed how a reaffirmation of the values of mutuality could refresh and restore politics, business and the environments in which people live. 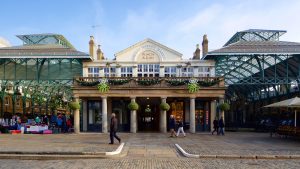 Social and cultural historian Daniel Snowman presented a talk in April about the Covent Garden piazza, the first great square in London. Over four centuries since its creation it still continues to embrace its cultural life.

PLAGUE — Power is a Deadly Contagion

On 17 March, Julie Anderson, civil servant turned crime crime writer, talked about Plague, her debut  adult novel about the discovery of an ancient plague pit, in which recent corpses are found. Rumours swirl around the Prime Minister and his rivals. 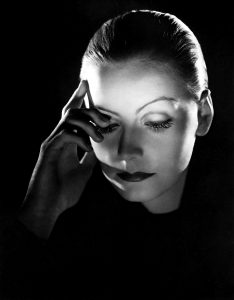 Dr Parlby, a journalist and head of Press for United International Pictures, presented a fascinating talk on 18 February looking behind the scenes of stories about photographers, costumiers, make up artists, designers, technicians and the actors & actresses who created the magic of the Silver Screen.

One of Britain’s most senior intelligence officers, Professor Sir David Omand, spoke to HGS U3A on 20 January about his new publication that shows how the big decisions in your life are easier to make when you apply the same frameworks used by British intelligence. Sir David is a former Director of GCHQ. He was the first UK Security & Intelligence Co-ordinator. He served for 7 years on the Joint Intelligence Committee, and was the Permanent Secretary of the Home Office from 1997 to 2000.

Dr Anne Anderson, a distinguished Art Historian, lecturer,  exhibition curator and broadcaster, presented a talk on 17 January 2021 about her new publication Art Nouveau Architecture. She has studied Art Nouveau for over 30 years. Her research is widely published in learned academic journals. Her career as an international speaker has taken her all over the world.

Professor Ann Blandford FBCS CEng PhD is a Professor of Human-Computer interaction. She is also the Deputy Director of Digital Health at UCL.  Her talk  on 8 December 2020 was extremely timely given our present circumstances.

Cyber Crime: How It Works and How to Stop It — Geoff White 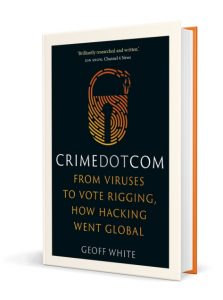 Geoff White is an award-winning investigative journalist, who has covered technology for the BBC, Channel 4, Audible, and Forbes. His latest publication is on Cyber Crime. His exclusives reveal tech’s impact on our lives. His fascinating talk on 1 November 2020 ended with a useful Q&A session with advice to members on a range of online security issues. 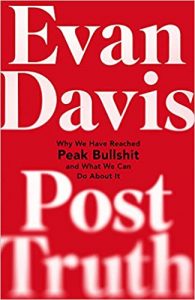 We were delighted when radio and TV presenter Evan Davis hopped on his bicycle immediately after coming off air from an edition of Radio 4’s PM programme on 27 October 2020 to present a talk based on the theme of his most recent book, Post Truth. He argued that obfuscating the truth is not simply the province of politicians; we all do it everyday with white lies intended to avoid offence. Evan’s spirited presentation led to a lively discussion afterwards. 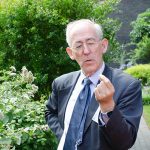 Dr Henry Oakeley, is the Senior Garden Fellow at the Medicinal Garden of the Royal College of Physicians, Vice President RHS; sometime President of the Orchid Society of Great Britain and Trustee World Orchid Conference Trust. Dr Oakeley has previously led for our U3A immensely popular tours of the Medicinal Gardens. He kindly agreed to give a talk on 13 October 2020 about the benefits of poisonous plants used in medicines.

What is Happening in Social Care — Ros Altmann

Baroness Altmann CBE, UK Pensions Minister 2015–16, Member of the House of Lords, leading authority on later life issues, including pensions, social care, and retirement policy presented a talk on 7 June 2020 about the current state of social care and what she thinks ought to be done to improve it.

For details of events organized by the London Region of u3as, just click the link below: