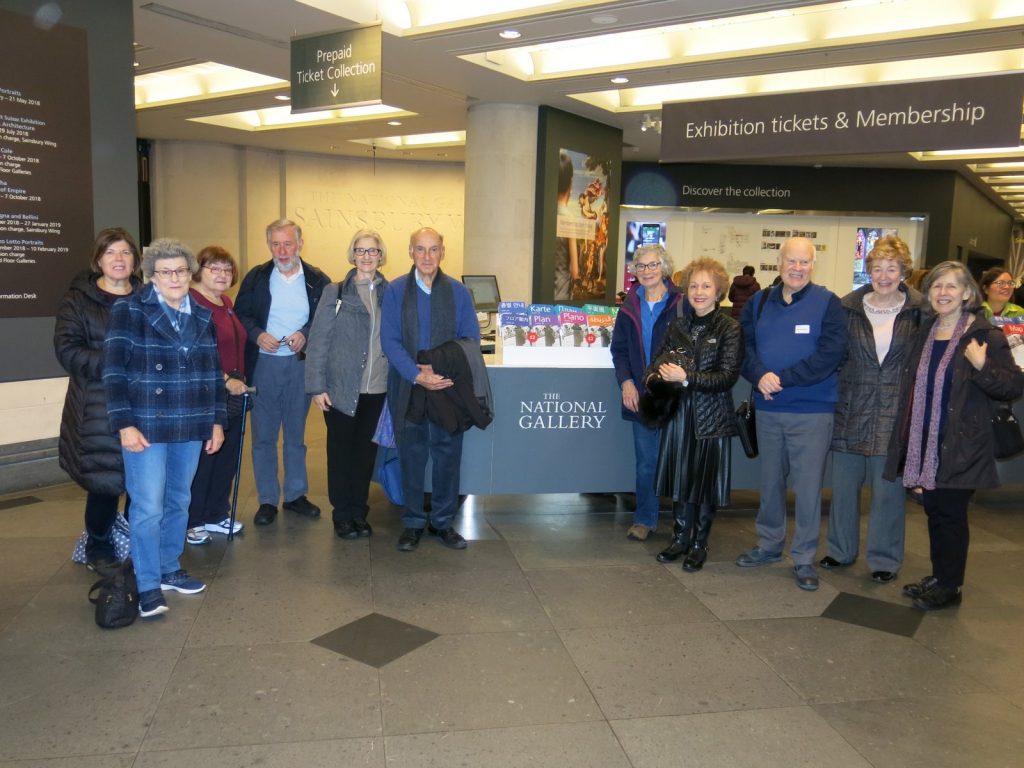 Our U3A were very fortunate to have a second tour led by Professor Baum this November.  Professor Baum led us through several rooms of the National Gallery, and explained the different medical aspects that were depicted in the various paintings he had chosen.

By explaining the symbols present in some paintings and the medical conditions depicted in others, Professor Baum drew our attention to aspects that we would not otherwise have noticed or understood.  Professor Baum also explained about the medical conditions that had affected artists such as Van Gogh and Renoir, and also showed us how some artists had overcome their physical limitations in later life. Renoir, for example, developed rheumatoid arthritis but continued to work with a paintbrush strapped to his arm.

The tour enriched our appreciation of all the paintings that Professor Baum discussed. We felt very privileged to have such a wonderful guide showing aspects of art that we would never had known without his expertise.  Thus this continues in the spirit and ethos of U3A, of enjoyment and lifelong learning.